ReCharge: Music Production - An Insight Into The Project
We caught up with project manager Michelle Myrie who talks to us about the free music production sessions we offer as part of our ReCharge project 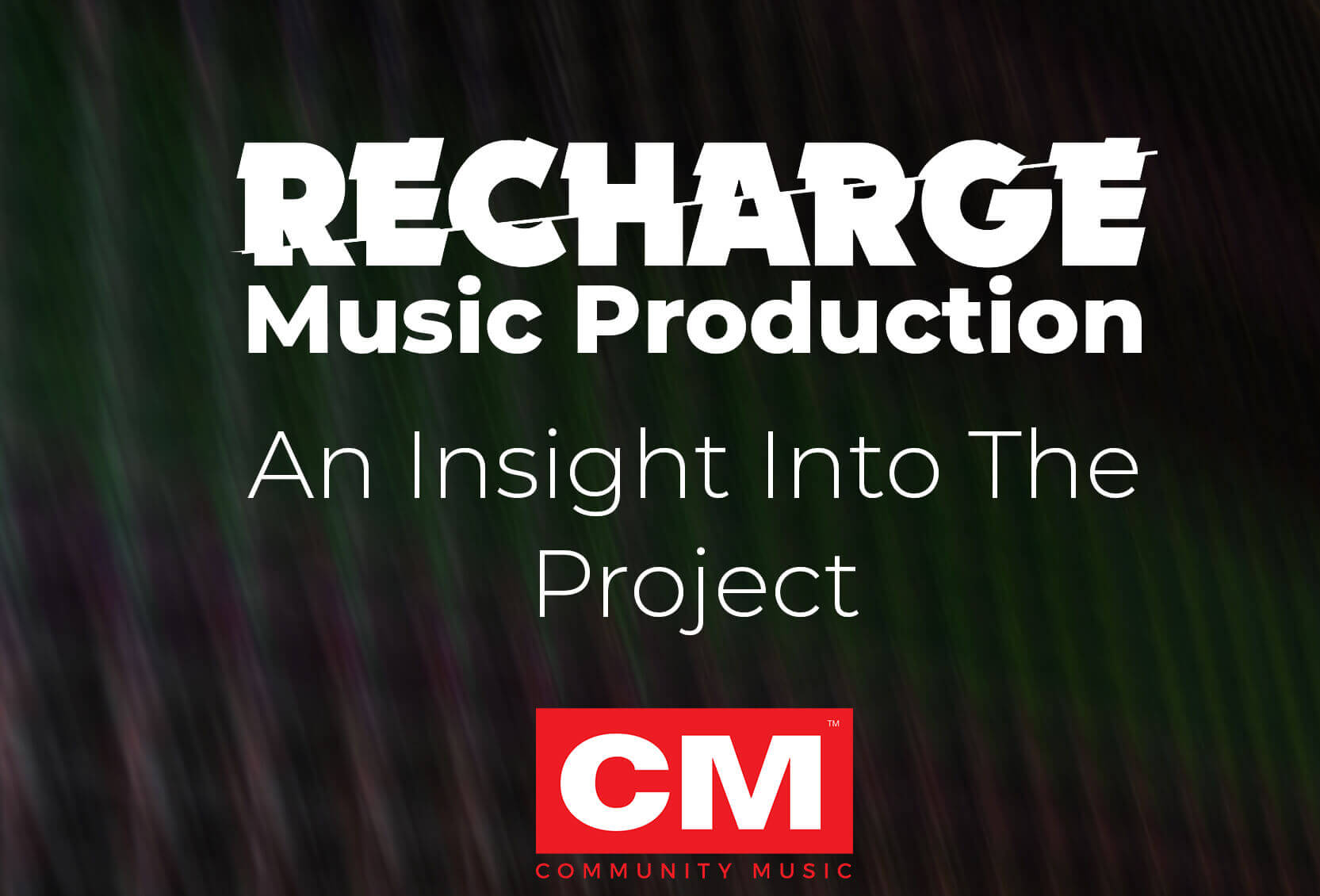 ReCharge: Music Production - An Insight Into The Project

We caught up with project manager Michelle Myrie who talks to us about the free music production sessions we offer as part of our ReCharge project.

What Is The Project About? What Are The Aims?

The project is a Youth Music funded project and as part of this we are able to use the VIP studio platform to teach music production online, which has been a vital tool during Covid and the Lockdowns.

What Is The Story Of The Project's Journey So Far?

When lockdown was announced in March this year, we really had to find a way of continuing with our engagement with young people. As a Youth Music fundee, we were able to access an online music studio called VIP Studio sessions created by Charanga who partner with Youth Music. This enabled us to continue with our delivery online via Zoom by using the online studio as our platform for creating and delivering music production sessions on a weekly basis.

What we found was that the sessions we were delivering were reaching not only local young people but young people up and down the country were also able to lock in and get creative on our sessions. We were reaching a new online community of people and not just from London which was one of the many positives that came from very uncertain times. It was great for the young people to channel the uncertain energies into being creative and making music online, learning from and with other young people.

How Will This Help The People Involved?

The ReCharge: Music Production programme delivers sessions to help develop music production skills, lyric writing and composition using the VIP online studio. The online studio can be accessed with just an internet connection, which is great for our users and means that they are not restricted by the cost of having to buy software in order to be creative.

The young people gain confidence and an ability to express through music, by building on their resilience and perseverance to learn music skills online... But ultimately, it is also about having FUN by being creative!!!!

Where Is It Based?

What Does A General Session Look Like? What Have You Got Planned So Far?

Music production sessions take place for 2 hours on Tuesdays and Saturdays. We keep the sessions quite organic, with short tutorials at the beginning of the session on what the students want to learn about from the previous week or maybe a tip that we want to show them to develop their tracks further. We give the students time to work on their tracks with us, using breakout rooms for 121 feedback and sharing for those not confident to share in the group. We‘ll give feedback on their tracks and help them through the creative process, with time at the end of the session for sharing what has been created.

We have seen a number of skill levels throughout the programme, from those new to music production wanting to learn how to use a DAW, to those who just want to develop their skills more, Re:Charge has been the home of encouraging young people to get creative and the VIP studios is the perfect platform for this!

What Are The Plans?

We hope to continue music production into the new year so that we can reach more young people wanting to produce and create their own music.

When Do The Sessions Take Place?

Re:Charge music production is for anyone.

How Do You Feel About The Project?

The project has been amazing as we have engaged with young people not only from London, but also in places like Manchester, Scotland, Leicestershire and Brighton. The programme has enabled us to reach a new cohort of young people not just in London which has been great!

The VIP suite has also given us the ability to break down the barriers of access to music software, the ability to access an online studio by simply having an internet connection is a game changer and has opened up the door to creativity for young people.

We have had some really amazing young people with some really great tracks produced during both lockdowns, one young person winning track of the month and another young person from up Warrington who has produced and remixed the most amazing dance tracks and he is only 13!!! He will be releasing his first EP in the next couple of months…. Have a listen to his remix of the track 'Your Love' created using VIP studios.

‘I absolutely love the music production sessions and the tutors are great. We’ve been in lockdown for a while so it's been great to learn new tips and get feedback on my tracks. You guys really encourage me to go further with my music...Thanks very much for having me! - Music production - Student from Warrington