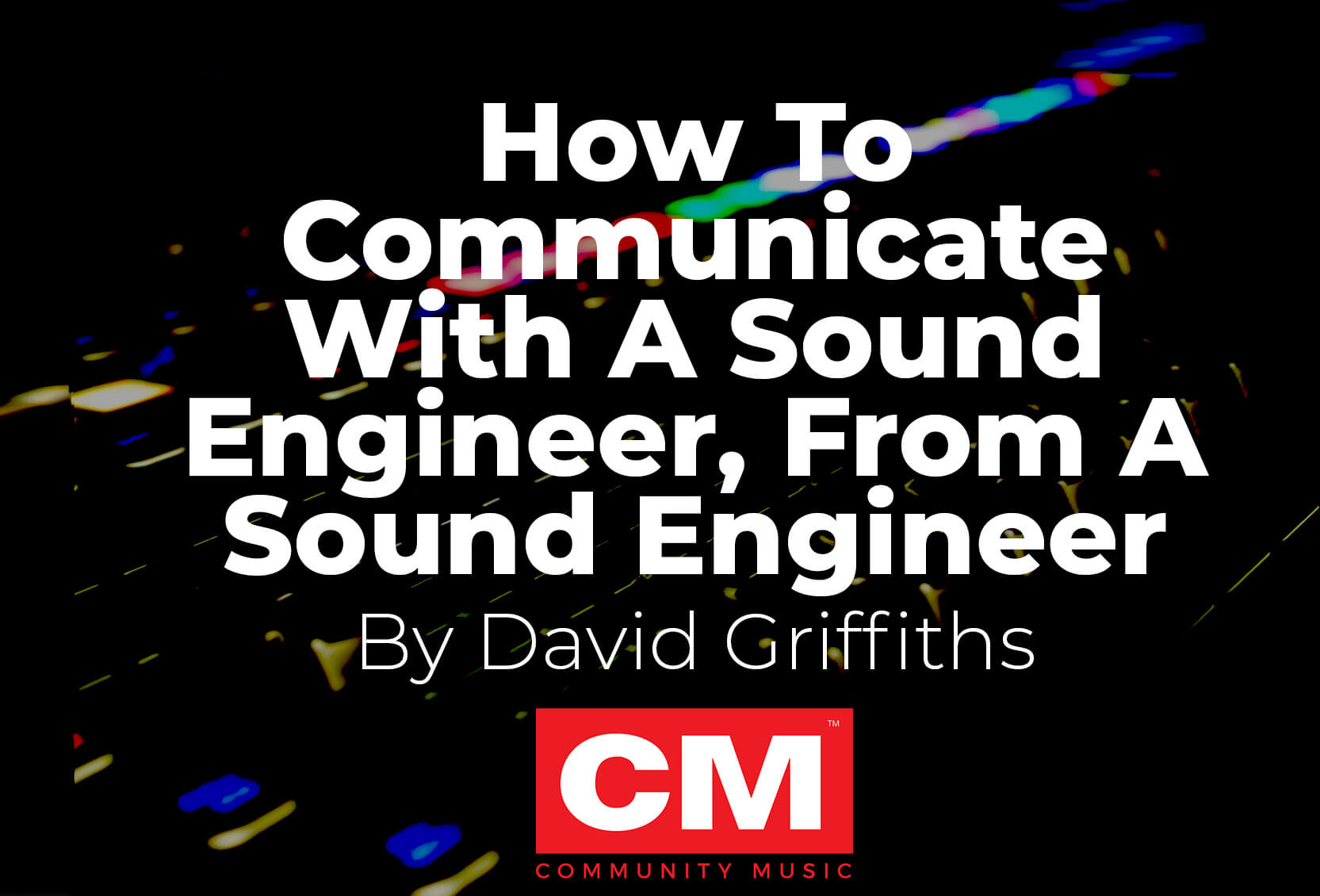 In this blog, I'm going to go over some points on how to communicate with a sound engineer, from a sound engineer's perspective in the hope that this will help events run smoothly and cause less problems between sound engineers and the artists/venue staff.

I'll be using a few real-world examples from my own personal experience.

I think one of the most important factors relating to this subject is often a lack of mutual respect. Sometimes artists treat sound engineers quite badly and some sound engineers can be the same. This can often be down to a lack of or unclear communication.

As you can imagine, health and safety at live events is crucial to keeping everyone as safe as possible.

Demanding the sound engineer to set things up in a way that is unsafe for the purpose of dramatic flair is extremely unprofessional to say the least.

An example of a situation where I have been asked something like this was in a small venue. I was told by the artist to run a long microphone cable through the seated audience, so they could walk through the audience with the microphone for dramatic effect.

Of course, if they had a wireless microphone it wouldn't be a problem. I tried to explain that running this cable through a mostly drunk audience area wasn't at all safe, but they got angry and got the venue management involved. They told me to do it anyway despite me raising safety concerns.

This example shows you how a show should not be run, but unfortunately it happens quite a lot. It also shows you how not to communicate with a sound engineer. In this case, ignoring their professionalism and safety concerns.

Live events can often be quite hectic so it can be difficult to always have clear communication channels between everyone working together. Therefore, preparation is really important.

One gig I worked at was a DJ club night and the management were concerned about noise complaints from the neighbouring flats. I completely understood this, but the only problem was that the different management staff kept telling me to do different things relating to the sound. One minute I was asked to lower the bass frequencies whilst boosting the overall volume, then the next minute I was being told to turn the whole thing down. This made the sound really inconsistent whilst annoying one manager to please another. It also didn't help that they didn't understand that the DJ on stage was using filters to control certain frequencies!

They should have worked together, to give me clear instructions. This would have been more professional and would have given the overall sound more consistency.

Not Making Demands That Could Ruin The Sound And Cause Audio Problems:

Quite frequently I've worked with singers that don't have much experience but think they're doing everything they should to give their best performance.

Once, a singer got quite angry with me because the microphone was too quiet. He was holding the microphone at nearly an arm's length from his mouth, which is why it sounded quiet. Although I explained this to him, he kept reverting to this bad mic position.

Apart from this unhelpful one-way communication, his inability to listen to me made the sound a lot worse with a distant and muffled vocal performance.

Having the ability to listen and ask questions if you're inexperienced is really important and most sound engineers would rather explain and educate than be ignored and blamed for something out of their control.

Sound engineers also tend to be more inclined to put in extra effort to get the absolute best sound possible if the artist works with them in a positive and communicative way.

Live events are often hectic and stressful for the people working at them and clear communication and mutual respect really do go a long way in making the experience better for everyone involved.

Working together as a team is a lot more productive!

Hopefully, my shared experiences will help you to see the best and worst ways of working with a sound engineer and make your live sound events run more smoothly.

Check out some of our other blog posts:

Music Business - What Does It Mean

How Long Does It Take To Become A Music Teacher

How To Prepare For A Live Performance

Curious about how you can start making hit tracks that people love WITHOUT
complicated training or a huge social media following?
Click here to learn more!

PS: Have you attended our free masterclass yet to help you
making hit tracks that generate streams, just like our alumni did? If
not, CLICK HERE to register before seats fill up!